Boeira Garden Hotel, in the historic center of Vila Nova de Gaia, is the fifth and final phase of a project that started in 1999. Quinta da Boeira opens this summer the luxury hotel: an investment of 38 million euros.

The doors open and you can see a garden with old trees, occupying about three acres. The road to the hotel is set in an idyllic setting with a great diversity of species, reminiscent of an oasis in the heart of the town of Vila Nova de Gaia. Located in Quinta da Boeira, the luxury hotel is a fusion between the classic and the modern, since the palace, built in the early twentieth century and classified as a city heritage, allows for a harmony between the legacy and the natural surroundings of the gardens. The construction of this hotel unit on nine of Quinta da Boeira’s 27 thousand square meters, whose origins date back to the year 1850, is the last of five phases of the rehabilitation project of this space, with a global investment of 38 million euros. The hotel, scheduled to open in late August or early September, has 119 rooms and 5 suites, one of which is 180 square meters.

The works started in September 2017 and are almost completed, although some interventions in the building are still being finalized, such as the decoration of the dining room or the installation of curtains. With a bar, restaurant, indoor pool, spa, sauna, gym, an event rooftop and a wine cellar (this is a company closely linked to Port wines), Boeira Garden Hotel hasn’t prices yet, but according to one of the administrators, Carlos Ribeiro, will not be much different from the neighboring hotels. For now, the unit, which also wants to function as an art gallery, has already created 60 jobs, but managers believe that next year it could increase to 80. Boeira Garden aims to be an eco hotel, given the care in nature conservation, the characteristics of equipment and the use of alternative energies. In addition, it has obtained the energy rating A for the use of photovoltaic solar panels, that will allow it to use solar energy during the day, and for the fact that the equipment and lighting is of LED A+ technology. The building also has groundwater that will allow its use in sanitary facilities and garden irrigation, generating savings of approximately two million liters of municipal water.

OHM-E+LIGHTPLAN is in charge of TRE services (Exploration Technician) and designed the Fire Strategy and Safety plans for the hotel. 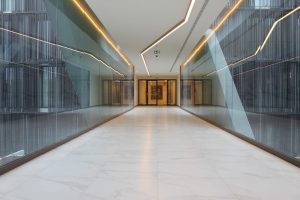 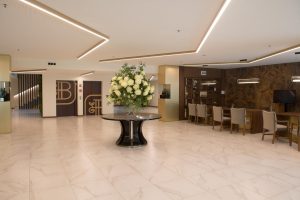 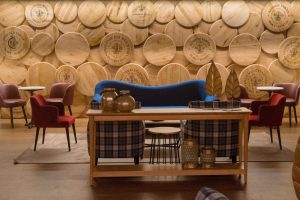